Why Psyche...Why not? She is one of the most beautiful Greek Mythological stories! Just read the first sentence below and be captivated. 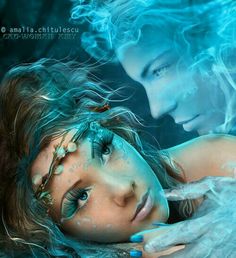 Psyche became, as Greek word “psyche” implies, the deity of soul. To modern days, the myth of Psyche symbolizes a self-search and personal growth through learning, losing, and saving the real love.

Living her ordinary life, Psyche became famous because of her beauty that the whole world rushed to see. Being jealous due to men’s admiration for Psyche, Goddess Aphrodite asked her son, the powerful master of love, Eros, to poison men’s souls in order to kill off their desire for Psyche. But Eros also fell in love with Psyche and was completely mesmerized by her beauty.
Despite all the men coming her way, Psyche stayed unmarried, but she wanted to marry the man she would love. Her parents became so desperate because of their daughter’s destiny and had no choice but to ask for an oracle, hoping that they would manage to solve the mystery and give a husband to their daughter.
Eros guided Apollo to give the oracle that Psyche would marry an ugly beast whose face she would never be able to see, and he would wait for her at the top of the mountain. It was not what Psyche’s parents were hoping for; on the contrary, they were completely devastated, as their daughter was not supposed to have such as fate, but they decided to go on and arranged the wedding of their beloved daughter with the beast.
After the wedding, Psyche was able to be with her husband only at night. His tenderness and the enormous love he showed to her made Psyche happy and fulfilled beyond her expectations and dreams. She talked about her happiness with her sisters and confined in them how sad she was she couldn’t see his face.

Hence, the jealous sisters persuaded Psyche that her lover is not only an ugly beast but also a monster who would eventually kill her, so she should kill him first to save herself.
With the oil lamp and knife in her hands, Psyche one night was ready for murder, but when she enlightened the face of her beast-husband she saw the beautiful God Eros. Caught by surprise, she spilled the oil on his face. Eros woke up and flew away telling Psyche that she betrayed him and ruined their relationship so that they could never be united again.
Psyche started searching for her lost love, and finally was suggested to beg Aphrodite, who imprisoned Eros in the Palace, to see him. Aphrodite gave her three impossible tasks to accomplish in order to prove her love.
Driven by her desire to reunite with Eros, she was fearless. After accomplishing the first two tasks, Psyche had to go to the Hades (Underworld) and bring the box with the elixir of beauty to Aphrodite, who ordered her not to open the box. Instead of the elixir, there was Morpheus (the god of sleep and dreams) hiding in the box and since the curious Psyche opened it, she fell asleep.
Eros found out what happened, run away from the Palace, and begged Zeus to save his Psyche. Amazed by their love, Zeus went even further – he made Psyche immortal so that two lovers could be together forever.